XEOMIN 50 Units is an anti-wrinkle injection/prescription medicine that is injected into muscles and used to improve the look of moderate to severe frown lines between the eyebrows (glabellar lines) in adults for a short period of time (temporary). XEOMIN is also injected into glands that make saliva and is used to treat long-lasting (chronic) drooling (sialorrhea) in adults and in children 2 to 17 years of age.

XEOMIN is an effective drug that has been available by prescription since 2005, to treat pain in the head and neck pain symptoms that occur during Cervical Dystonia. It is also used to treat muscle spasms in the eyelid which is otherwise known as Blepharospasm. The Blepharospasm is usually an effect of Botox.
The Food and Drug Administration (FDA) has approved the supplemental Biologics License Application (sBLA) for Xeomin for sale. (incobotulinumtoxinA; Merz Pharmaceuticals) for the treatment of chronic sialorrhea in patients aged 2 years and older. Previously, Xeomin was only approved for chronic sialorrhea in adults.

How does Xeomin work on muscles?

Once XEOMIN has been injected into the muscles, it starts to inhibit acetylcholine from being released. It is this chemical that makes fibers in the muscle contract, so without acetylcholine, muscles will contract less, resulting in fewer spasms and discomfort to the individual.
XEOMIN is an anti-wrinkle injection medicine: that is injected into muscles and used to:

It is not known if XEOMIN is safe and effective in children younger than:

Spread of toxin effects: In some cases, the effect of botulinum toxin may affect areas of the body away from the injection site and cause symptoms of a serious condition called botulism. The symptoms of botulism include loss of strength and muscle weakness all over the body, double vision, blurred vision and drooping eyelids, hoarseness or change or loss of voice, trouble saying words clearly, loss of bladder control, trouble breathing, trouble swallowing.

There are no reviews yet. 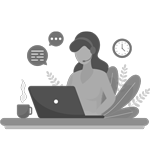 ★★★★★ Ratings from happy customers, we make sure all packages arrive on time. 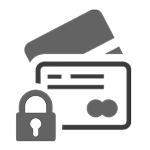 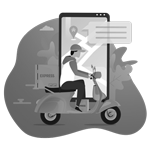 Guaranteed delivery with couriers as DHL, FedEx and UPS. Next Day Delivery (USA/UK)

Lift the face to restore a youthful fullness

Add fullness to lips, decrease wrinkles around the mouth

Dissolve fat bulges on the chin/jaw, thigh, abdomen and back fat

We ship with UPS, DHL, EMS

Get to know our beauty secrets!

Sign up to be the first to hear about new products, offers and advice for radiant skin.